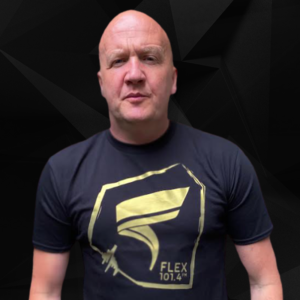 After djing for the best part of 35 years under the stage name of D.E.C, I graduated in music production which gave birth to Art e Fect.
Way back in 1982 i was a 12 yr old kid who came across a musical revelation GRANDMASTER FLASH, i saw this guy cutting up 2 copies of the same drum break in an old 70s funk tune, and he was making his own tune with just 2 turntables and a mixer…that was all i needed to see ..the next year was a time of pleading and begging ….then finally i got my first decks and a mixer and was cutting and scratching those same breaks  ,,,going up to groove records at 52 greek st w1 and spending every penny i had on records…i played at a few early hip hop jams alongside the likes of richie rich/ cut-master swift and dj dexter in Ladbroke grove, Westbourne park and other various london post codes then the acid house scene exploding in london in the mid to late 80s and i progressed onwards and upwards playing with the likes of DJ HARVEY from the tonka sound system doing gigs at zap club and the infamous after parties at black rock beach in brighton..then around 1990/01 it was the turn of JUNGLE which i embraced and before long i was playing in front of 3,000 people upwards with the likes of kenny ken/Randall/jjfrost/to name a few this went on for a few years and then it was time for a change again this time i was kinder going back to my roots as i was playing r/n/b 90s soul and mid to late 90s hip hop at various joints ie gass club/spats/lavish in Liverpool street then we come to the year 2004 and i met a new goddess named soulful house the rest is taking me right up to the current day ive played all around London/Cambridge/Harlow/Portsmouth/
and too many other towns to mention but my love for house music runs very deep harking back to my affair with her in the mid to late 80s.