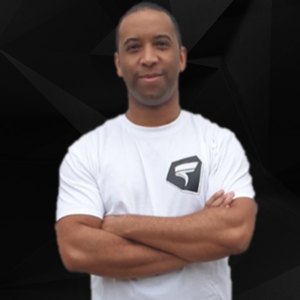 Welcome to the deep and soulful world of Facedee, with over twenty years of DJing knowledge spanning across a variety of EDM genres.

His show “Pure Liquid” provides a gateway to the deep and heavenly sounds of Liquid DNB and Liquid Funk. Known for his infamous “Angel Tune” selection, you will also find some of the best Hip-Hop & R’n’B liquid bootlegs featured on the show.

In 1996 at the tender age of 12 he first learnt to mix Jungle and soon found himself immersed in House and UK Garage. Working part time while at school to buy his first set of decks and then performing at parties and special youth centre events across London.

After a friend shared a Liquid DNB mix by Facedee called “In Too Deep” he was inundated with requests for more. He then released more mixes including “ 50Shades Darker”, Face was hitting the Number 1 spot in the DNB chart on several occasions and then released the infamous all female, liquid vocal series called “Girl on Girl”.

To date Face is performing across the country and currently resident of “FLOW” a monthly Drum & Bass night at various venues in Nottingham.

He also hosts a show called “50Shades Darker” in which he takes things a little darker with special guest DJs and MCs performing on the show.

You can reach Face on all socials: @djfacedee