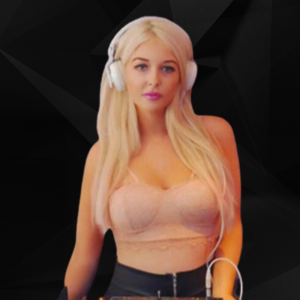 Jodie Weston is a DJ, Model, Media Personality and TV Star who grew up in the midlands but has spent the past decade living in London.

Music is Jodie’s first love. She has DJ’d at venues across the UK and beyond, produced several house tracks, with her latest song “What’s It Gonna Be” combining a fresh, future house beat with some very catchy lyrics. She has also recently launched her “Dollhouse” brand which is a combination of glamour, vibrancy and house music.

Having starred in shows for MTV, BBC One and Channel 5, she is now a regular feature in all the national tabloids and her star is continuing to rise.