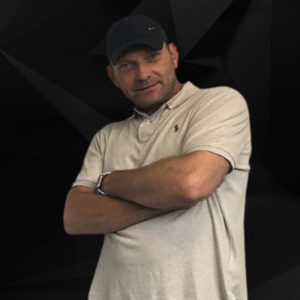 Kaos first started on FLEX FM back in 1997 when he was doing guest shows with the likes of Milky, Acee, Outlaw, and MC Nasty, when it was on 103.6FM as a pirate station.  It was during that time that he not only gained his name as a Garage DJ, but also became heavily involved with the set up and maintenance of FLEX FM, spending a large amount of his time immersed in the world of pirate radio and has been an invaluable member of the radio station up to the present day.

Kaos’ passion from a young age has always been Drum & Bass and Jungle. From early 2000, Kaos has perfomed at a number of  clubs around the UK, including Zone in Gillingham, Atomics in Maidstone, Manor Club ,Chatham La Perzian, Folkestone and Strawberry Sundaes and Chunnel Club, London.