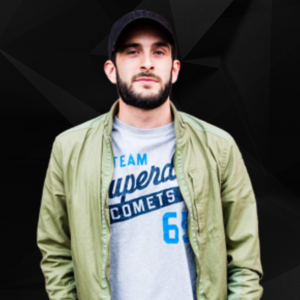 Mutley started as any other DJs in his bedroom mixing at the age of 14 playing any type of music he could get his hands on until he found the love for drum and bass an jungle going on to run a successful night in reading / maidenhead ( basement dnb ) for 6 years.

Following on from the club nights he found a new love for the radio playing on most pirate stations in and around London till he found his home at ( FLEX FM ) back in 2012 doing the 10am-12 breakfast show going on to move shows to the 6-8pm drive time show on a Friday night where his quick three deck mixing skills shone through to be a staple show for the Friday lineup playing across the board in the drum and bass spectrum.

Mutley has continued to play the very best and newest dnb for people to be up to date with the scene and to remember where the original sound come from.
with his mixing old with new tunes creating a spectacle for the listeners to be fixated to there speakers he is default not one to miss.

Drum & Bass
We use cookies on our website to give you the most relevant experience by remembering your preferences and repeat visits. By clicking “Accept”, you consent to the use of ALL the cookies.
Cookie settingsACCEPT
Manage consent