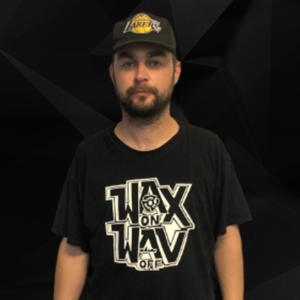 Oliver Sudden originally got involved in music through his love for UK garage and started experimenting with the idea of being an MC when he was 15 by making tapes using karaoke machines.

It was skating that focused his taste on hip hop, thanks to the vast selection of video soundtracks in the late 90s. He went on to form a strong bond with hip hop culture and its various elements over the years that followed.

Sudden started rapping at the notorious Deal Real Records cyphers and Speakers Corner open mics, as well as digging for records from all genres, in the many specialist shops around his home town of Croydon.

Since then Sudden has collaborated with some of the UK’s finest rappers, producers and DJs over the years. He has also worked extensively with a number of independent labels, including Revorg Records, Boom Bap Professionals, Starch Music and more. From 2006 onwards he has also released a number of solo mixtapes, albums and EPs and has been playing records out since 2009.

Prior to that he was known for promoting events, starting with Croydon’s original monthly hip hop Jam Bangers that was running from 2006-2011 and more recently, four years of Higher Learning in Deptford and his own vinyl showcase night, Wax On Wav Off.

In 2018 Sudden continues to support notorious artists all over the UK, as well as plotting new events and creating new music.