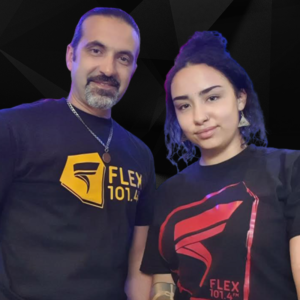 Martin West started writing and producing music in the late 80’s inspired by the
likes of Marshall Jefferson, Frankie Knuckles and Masters At Work. With the
dawn of M.I.D.I he purchased an Atari STe, Akai Sampler and Korg M1 and in
1993, released his first record, ‘The Dreamscape E.P’ under the name ‘Criminal
Set’ on One Nation Records.
Growing up in Hackney, East London his love for Jungle music and pirate radio
allowed him to move within the circles of Weekend Rush and Kool FM.
With an eclectic and varied musical taste, ranging from Jungle through to Hip
Hop, RnB, Rock, Soul and Pop he was able to position himself well as a
songwriter, producer and artist developer throughout the late 90’s, through the
new millennium and to present day.
Artists, producers and record labels that Martin has worked with and for over
the last 25 years include:
Mark Hill, Street Politiks, Estelle, Ayak Thiick, Toonheadz, Scott Storch, Keisha
White, Ben Ofoedu, ENDZ Productions, Coree Richards, Kevin Davy-White, Anton
Romero, Robin Millar, Sam ROMANS, Sinitta, Yoad Nevo, Karla Simone-Spence,
Shahin Badar, Warner Bros, Sony, Champion Records, Universal Music, SYCO and
Freemantle.
He co-founded Avenoir in 2015, a music consultancy and record label that works
alongside new and emerging artists as well as established acts and companies
advising on all aspects of the entertainment industry.
He has continued to produce music under the names ‘Black Ice’, ‘Koercive’ and
Martin West and will be releasing new music over the coming year.
Martin first joined Flex FM in 2018 co-hosting a bi-weekly show with singer and
TV personality Sinitta where they focussed on established and new and
emerging artists, bringing a multitude of guests to the show.
His daughter, Bianca often stood in as co-host gaining presenting experience and
contributed regularly to the show’s content.
Carrying on this trend and moving into August 2020, Martin and Bianca, herself
an established lifestyle blogger and owner of ‘Keep It Simple, Yeah?’ now host
the ‘Saturday Start Up’ show from 7am – 10am every week.