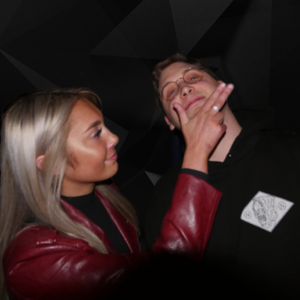 Tilli initially joined Flex FM as an intern before quickly graduating to multi-talented host, guest, producer and all-round Flex media mogul. Her upbeat and infectious character is often reflected in her choice of tunes, forever pumping good vibes into the ether. Jamie, on the other hand, never even tried to grow out of his emo phase. He’s obsessed with anything melancholic, from alternative to electronic, hip hop to classical.

The pair met working different sides of the mic on another show, before joining forces to become the yin and yang of Wednesday evenings, serving up a tasting menu that spans many eras, genres and moods. Between Jamie’s never-ending rants, Tilli’s desperate attempts to lighten the tone and the ultimate clash of music tastes, there’s something for everyone on radio’s ultimate variety show.