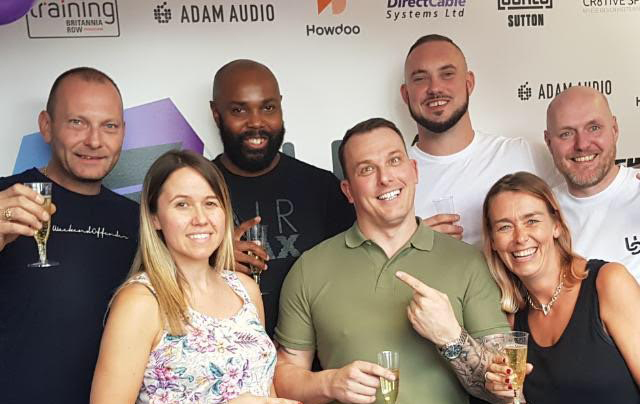 Established in 1992, FLEX FM has become one of the most influential broadcasting radio stations of its generation. With 26 years of broadcasting experience, FLEX FM has grown into a multi-media broadcasting & production organisation to serve the community of London and beyond. We are a radio station that prides itself on the greatest electronic dance music, whether it’s homegrown genre’s such as UK Garage, Dubstep, Grime, Drum & Bass as well as being at the very forefront in other various types of electronic music as well as embracing all types of creative arts in modern times.

On Thursday 11th May 2017, FLEX FM was awarded a community FM licence to broadcast as a legal radio station in London after cementing its place in the history books as one of the UK’s greatest pirate radio stations of all time. During the very late 00’s and 10’s saw FLEX FM’s most successful period in its whole entire history. FLEX FM started involving itself with worldwide establishments, despite being an unlicensed radio station at the time, including the International Radio Festival for three consecutive years; as well as featuring in documentaries such as Vice’s[Palladium Boots] take on modern pirate radio back in 2009, legendary film maker Ewen Spencer’s documentary on the late 90’s UK Garage movement, ‘Brandy & Coke’ which aired on Channel 4 in 2014 as part of their Music Nation series, a feature in The Economist in the same year, as well as taking over BBC Newsnight in 2015.

FLEX FM has become one of the main central hub’s for creative arts in London and beyond and we have supported and helped nurture many homegrown artists over the years. This has resulted in many major organisations working in conjunction with FLEX FM such as South Thames College, London and Ibiza White 103.7 FM, Ibiza. Our main objective is to create creative opportunities within our organisation in broadcasting & production, enabling the community to get involved in many of our exciting projects which will include providing NCFE & ASDAN training and qualifications in DJing, music production and radio broadcasting.

Our responsibility is to inspire and influence our community in the best way possible with our services within our organisation.