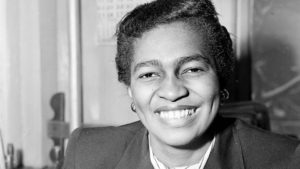 Credit: © 2019, BGD
Activist, communist, feminist, journalist and black nationalist, who launched Britain’s first Black newspaper ‘The West Indian Gazette’, is being celebrated in the form of a Doodle by American multinational Internet and technology corporation Google.

Credit: © 2020, Google
Claudia Vera Cumberbatch was born on the 21st February 1915, in Belmont, Trinidad and Tobago, on the Port of Spain. Her family migrated to Harlem, New York when she was eight years old. Her education was restricted by T.B which later had severe impacts on her internal organs, specifically, her heart and lungs.
During her time in the States, Claudia developed a passion for politics and a flare for current affairs. As an active campaigner and supporter of human, civil and equal rights movements, she later became a member for the Communist Party, an organisation that provided her with the opportunity and platform to exercise and develop her journalistic skills and leadership abilities. 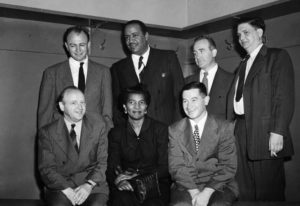 Credit: © Nova
Her reputation for championing social issues through her public speaking secured her the title and position of editor-in-chief of Negro Affairs for the Daily Worker, a publication commissioned by the Communist Party.
Jones’s political affiliations and activities were often seen as controversial resulting in short periods of confinement, which ultimately led to her deportation from the United States to the United Kingdom in 1995 where she was granted asylum.
As an orator, Claudia spent her latter years informing, advising, guiding and educating the UK’s African-Caribbean communities. Despite financial implications, she later founded ‘The West Indian Gazette’, the UK’s first weekly Black newspaper. 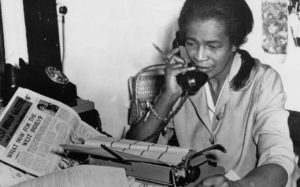 Credit: © FPG Archive Photos
With racial tensions boiling, a series of racially motivated riots and attacks took place in the Notting Hill area of London, between 29 August and 5 September 1958, this later became known as the Notting Hill Race Riots. 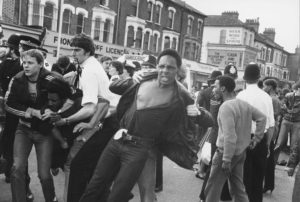 Libbert, British Journal of Photography
The aftermath of the riots saw the birth of the revolutionary: ‘Notting Hill Carnival, an annual event celebrating African, Caribbean and Black Diaspora cultures and heritage. 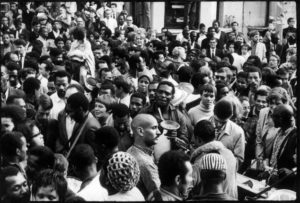 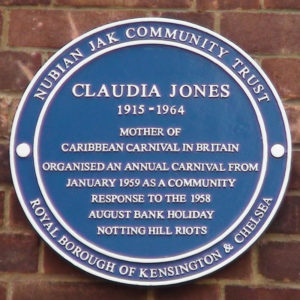 Credit: © Nubian Jak Community Trust, RBKC
Jones sadly passed away in 1964, at the age of 49 after suffering from complications with Tuberculosis and Cardiovascular Disease.
An honorary Great British Stamp in the “Women of Distinction Series” was awarded to Jones to commemorate her for her lifetime commitment to campaigning and activism.
‘A people’s art is the genesis of their freedom’ – Claudia Jones
Words by Oshane Beach