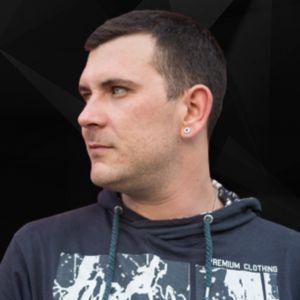 Aaron James is a household name in the world of Hard House. Now in his 13th year, he is a Flex FM artist and has played all over the UK and is a regular favourite with some of the scenes’ heavyweights, such as Frantic, Twist, Xstatic and the legendary in-house promotions that once rocked the Club 414 in London before it’s closure; not to mention his residencies with Encoded & K-Zone whilst playing in Ibiza every summer over the last decade courtesy of Hard Dance Ibiza and currently Xstatic Ibiza.

Being a massive vinyl junkie, Aaron is renowned for his abilities on the wheels of steel, even more so for some of his vinyl mixes. He has had a multitude of releases on all of the industry’s top flight labels (some produced and some self-engineered) since he burst into the charts in 2013; he was also the brains behind the dynamic duo Forbidden Friends’ short but dominating reign in the Toolbox Top 100 charts, earning himself several No.1’s under both alias’.

Teaming up with Skol, he has formed the weekly ‘Hard House Sunday Sessions’ alliance on the previously pirate but now legal radio station Flex FM, and has also collaborated with Toolbox Recordings to produce his first album: Toolbox Toolkit 19 (a continuation of an infamous series of producer showcased DJ friendly CD’s).

He has taken his music worldwide, featuring in the Vinyl Warriors tour of Australia & New Zealand, and has also joined the fresh new clubbing holiday package that is Unity In The Sun, where he will be accompanying Billy Daniel Bunter’s arsenal of multi-genre artists out in Kavos, Greece, all of this in addition to his annual visit to the white isle with Xstatic Ibiza.

2020 has seen Aaron become a member of the team at Toolbox Recordings HQ as label manager for their sister label Hammerheads, which has played hand in hand with his passion for learning to engineer his own music. This year has also seen him collaborate with Seanie Jackson & Adam Butler under a new guise ‘Delinquents’, as well as partnering up with his wife to be to form ‘BabzookaZ’. You can expect to hear plenty of his music develop as this year unfolds and he delves further into his engineering journey.

You can check out his pages, all fully equipped with all of his previous releases, entire mixography back catalogue, all of his shows from the Flex FM studios, plus any info on any of his upcoming gigs.

He’ll be sure to see you out on a dance floor soon, normally somewhere near the front! 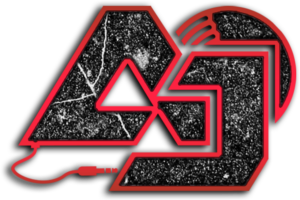