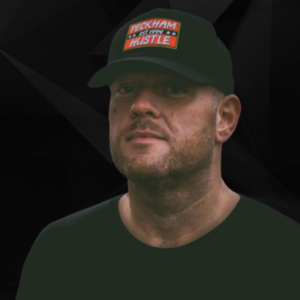 Danny Blaze hails from South London and has been a professional in the DJ club circuit since the mid 90’s. He became resident DJ and Promotions Manager for The Gin Palace on London’s famous Old Kent Road before it closed in November 2001. Danny was then asked to work with its competitor club Caesars, which was located directly across the road, where he became the resident DJ and Promotions Manager. After 4 years Danny moved on to become General Manager for a late night club called The Scene, undertaking duties from DJ’ing, promotions and licensing to the day to day running of the venue.

Danny was first offered a show on Supreme FM in the late 90’s on a 6am slot after his Residency. Danny went on to host successful shows on a Wednesday and Friday evening from 8pm-10pm and some time later joined Flashback FM as a manager where he continued to host shows playing House and Garage music until Summer 2005.
Since leaving Flashback FM Danny Held shows on True 101.2FM in East London until the station ended and later hosted his National Anthems show on Select UK until 2015. He was then able to focus more on musical production resulting in a string of originals and remixes under his belt.

Production:
Original productions and remixes can be found on Itunes, Spotify and all major digital outlets as well as some unofficial remixes on Soundcloud, with 2018 seeing more worldwide digital releases and signings to look out for.

On the flip side to music, Danny is also a “comedy-podcaster” with a top 10 comedy podcast on iTunes (Big & Clever), which is not for the faint hearted.