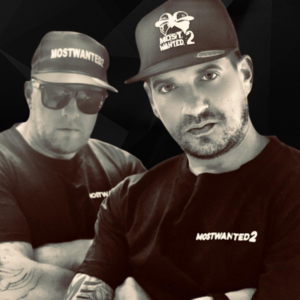 These two both 35 years old met when Wayney g moved to KJs road 20 years ago. They were both already avid technics 1210 fans, and quickly became perfection artist when it came to vinyl. Playing old school garage, and a little house, they started out on pirate radio in 2001 On flava 87.6fm Then ended up playing on over 10 stations in the next 7 years. Including most clubs in Essex and London with the likes of PACHA London, EGG,XOYO and AQUARIUM being some of the best in London.
Both at the age of 22 become fathers and decided to stop and focus on family life.
Until July 2019, they came back with a bang, this time as MOSTWANTED2. Playing ukg,house and grime.
The rest of 2019 was packed with boat parties on the river themes, festivals and clubs as well as guesting on internet radio stations up and down the country. They are resident djs for onlywayisgarage, sick nite and flexin dirty events.
They had there weekly show on dejavufm from October until the lockdown.
Now these two are producing there own tracks the sky is the limit.
Brand new to flexfm, there shows will be packed with special guests, live PAs, entertainment and comedy to brighten up your Sunday. These have a bottomless pit of greatness, energy and positive vibes about them.
Watch this space!
Bi weekly Sunday 4-6pm THE LEVEL UP SHOW