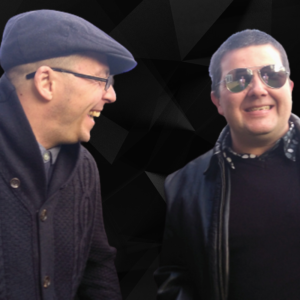 As do most DJs, I started out in my bedroom with a set of decks and a couple of records – it was at this time I realised this is something I really wanted to commit to and music became a big part of my life… I started to learn how to beat mix and did not stop for air!
As I progressed, more and more people became involved and that’s when promotions such as ‘Nice2bNice’ ‘TopNotch’ and ‘Flirtin’ were born. We recorded our sets and handed them to anyone who would take them, as long as we were working on getting our name and showing people what we could do out there. Gradually we became more involved and I was offered sets in many bars and clubs in Kingston, Epsom and surrounding areas and as my name ‘Redlee’ became more established I managed to gain sets at well known venues such as, Club Colluseum, Babalou in Brixton, Options Nightclub and the Rez Bar – things really started to take off and I was loving every minute of it.
I eventually was offered a resident DJ position and worked my way over time through and around the popular bars in Kingston doing this as well as hosting and charging for occasions such as Christmas and New Years Eve.
During my young music career I gained many personal achievements, coming runner up in the Pure Vinyl region completion for SFI Group and also establishing my name and promotions through outdoor events, private hire and even being able to charge on the door.
It was at this time I was on a holiday in Ibiza I managed to blag a set in the Coastline bar along the beach and was then offered to play in the Cafe Bar and the Congo Bar, I realised how far I had come – no longer was I in my bedroom with my brother Carloss arguing about who was the better DJ or having to put up with my mum turning off the fusebox to keep us quiet, I was living the dream and things were happening for me…
Since then I have moved on from running my equipment around trying to prove myself and have been involved with many different projects and playing regular sets and shows on the pirate radio scene… Some stations I have worked with being Scream FM, Resist FM, Dance FM, Phat FM, Edge FM and of course our very own Flex FM. Times have moved on now that Flex have been granted as a legal running station, my partner in crime Sibtorious who I have worked with in previous years can now build upon our well known Saturday morning breakfast show which will now be moved over to every other Sunday from 10 – 12 and work together with the Flex FM family to build bigger and better things – the future is bright, what a time to throw myself back into what I enjoy doing the most.

I originally found my passion for music through an established friend of mine DJ Gooch – together we played UK Garage. I invested in the up to date DJ equipment and practised at home making demo tapes and started downloading new tracks to mix and learn from.
Gaining experience from working alongside DJ Gooch and many hours practising at home and studying tracks I managed to secure a set along with DJ Redlee at Edge FM, a lottery funded station that played across the internet. Stations I have also played on are Delight FM, Dance UK and Resist FM. It was during this time the demo tapes had made an impression and so I was asked to perform at various clubs in Croydon such as McClusky’s/Club88 and Surrey Street
It was a year or two later my private work was picking up so decided to take a break with my music to focus on work and family.
Redlee and I go way back from our childhood and so got back together playing around with our new mixing toy Pioneer Serato’s. Redlee was currently playing a regular set on Flex FM and asked me to join him which is where our Saturday morning breakfast show came about… From then on we have built up a firm fan base and are very much looking forward to our new Sunday set every other week on the all new legalised Flex FM where we are going to be focusing on our dedicated followers.