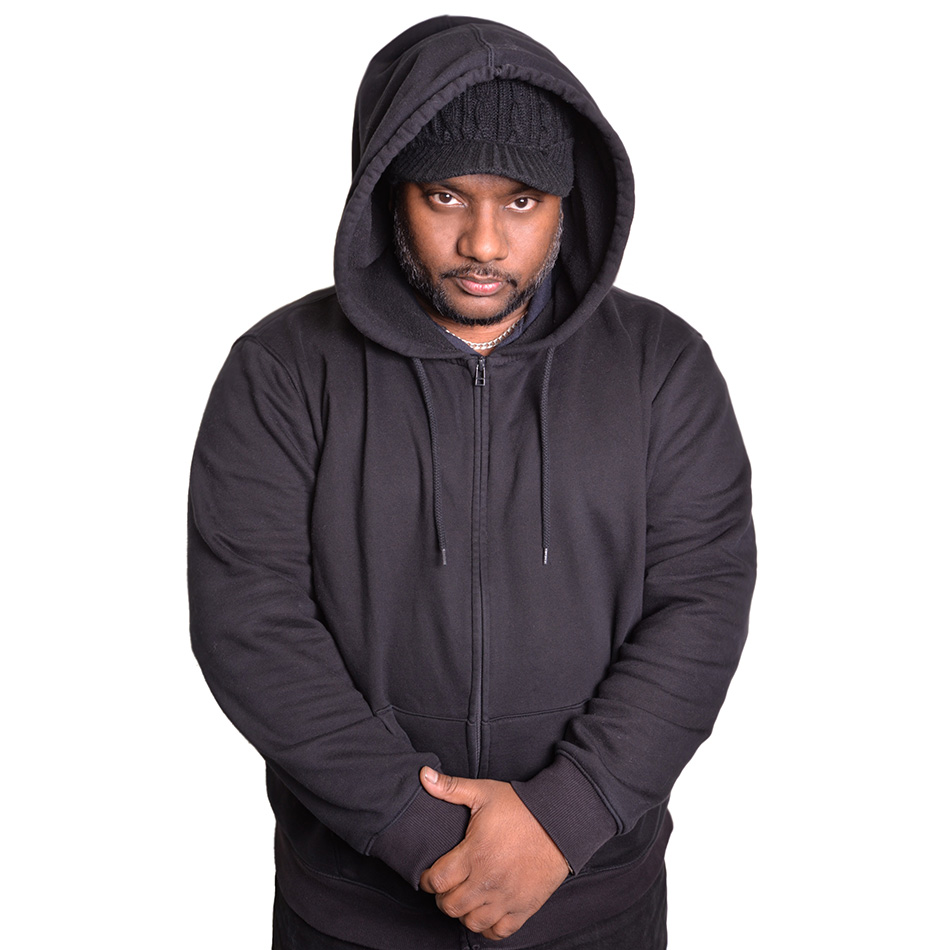 A DJ, presenter, producer, husband, father to 3 children and a Grandfather to 1.

He’s been involved in the scene for over 25 years, starting out as an MC in the early 1991 working with pirate station Defection FM. Quickly picking up the necessary skills by working closely with established artists he was soon able to make something of a name for himself.

Way back when, Maddness was also learning to produce and was taught by the legendary Ellis D. Being in the studio with such an established and knowledgeable artist gave him both the skill and confidence to hone his technique and create high quality beats and bass. It was also around this time that Maddness graced the decks of Elevation at Roller Express, Edmonton.

In 1993 he switched to the UK house and garage scene, joining the award winning pirate radio Freek FM alongside none other than DJ EZ. After a year or so, he was offered his own Friday night drive time show which proved to be a massive success.

1995 saw Maddness bring his old friend MC Ranking along for the ride. They quickly became an established duo performing in many major clubs in London which soon grew to multiple worldwide bookings. This was also when he picked up the production bug again, working alongside his older brother under the guise ‘Six’ and pushing out futuristic house and garage.

They flipped the script with KMA Productions, producing a fusion of multiple genres and the first release ‘Cape Fear’ (94) was nothing short of massive. They didn’t stick to the standard route of producing four to the floor or US style garage, this was outside of the box and it really worked.

Releasing the ‘Breakin Out E.P’ in 1996 was another huge success, especially as one of the tunes from the EP ‘Kaotic Madness’ featuring Melissa Yiannakou made the BBC Radio 1 playlist.The EP also received great media support from the likes of MixMag, DJ Magazine, The Face and I.D. KMA were also featured in the book ‘The History of Dance’ as innovators in the house and garage scene.

Around 1999, Maddness started to use Norris ‘Da Boss’ Windross’ studio and brought in a whole host of UK artists such as Demolition Man, Frisky Dan and many more to work alongside him. Their combined first release ‘Frankenstein’ led onto Maddness signing as a resident producer for The Dream Team’s Timmi Magic under the label Redspot.

In July 2010, Maddness and his family took part in the BBC Two television show ‘Ben Fogle’s Escape in Time’ and took victory as the winning team.

Maddness launched a new label in 2008 called E-Regular Music designed to push forward a new self coined genre entitled ‘dub kinetic’ which is a combination of old school sounds, fresh basslines and cutting edge music technology. Artists such as Saxon Sounds, General Levy and Frisky Dan were all involved and between them managed to create something so unique that the only way of describing it would be a coming together of ragga, sound system culture, dancehall, jungle, drum and bass and old school.

He currently holds a residency in Cyprus playing the best in old and new jungle music and in October 2014, Maddness launched his own ‘Tunein’ app which features all of his interviews and DJ sets from the vaults.

Maddness’ debut release for the label came in the shape of his ‘Professional Ganja Smoker’ remix which dropped in the latter part of 2014 and continues to work closely with the Serial Killaz imprint with a whole host of new projects for 2015.

Late 2015 After listening and paying closer attention to the #UKBASS side of garage, Maddness decided to Start producing using his oldskool knowledge to this new imprint As Maddness KMA instead of the other pseudo names. Being inspired by Marcus Nasty he sent a link of about 10 freshly produced #ukg / #UkBass productions which immediately got a powerful reaction finding every track on Marcus’s show on @Rinsefm and live dj sets. From there He sent the same links to Majestic @kissfmuk who also did the same playing all the tracks sometimes back to back. This is great connecting with the younger generations and signing 2 massive bass driven eps to the notorious (Northernline Records).

leading to further bookings as part of the BackTo95 team also the massive 51st State festival, Exposure (Resident), The Official Bassline Festival means reinventing with new audiences along his journey which cannot stop, He says #HelpisOnTheWay by the #GraceOfGod I will be heard!!!

2017 Launched web series #InDaHotSeat featuring his chosen special guests to deliver a lyrical chypher to tracks mixed and arranged into a 2/3 minute rounds. The series kick started with #UKG #Legend MC Creed followed by Richie Dan in episode 2, Series 1 is still on going and rising up in views MUST SEE now and get interactive :