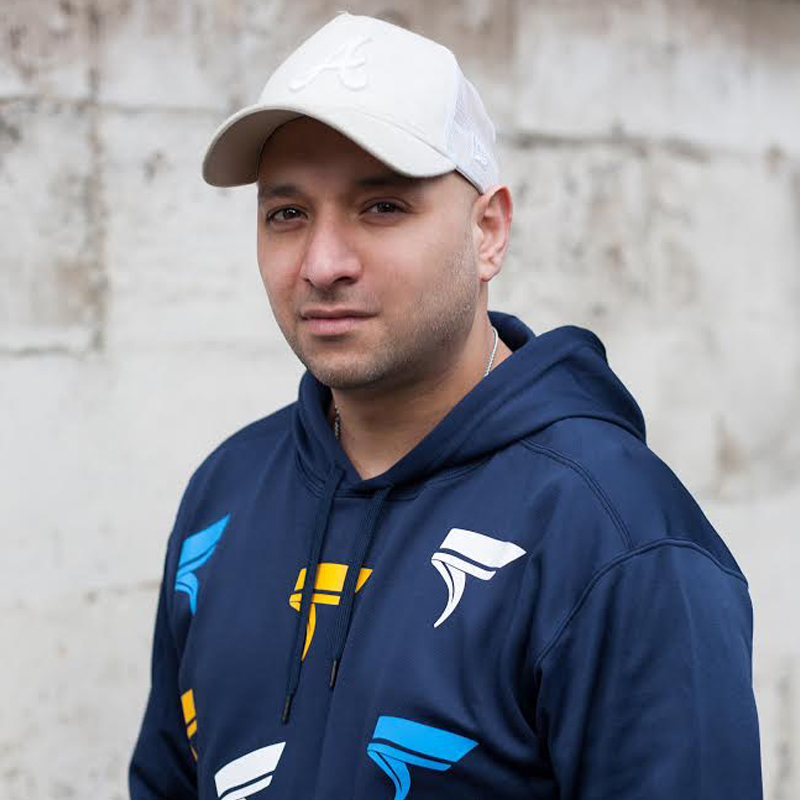 Sollie’s passion for music, has seen him spend the last 20 years spinning tracks across the globe. From residencies in Ayia-Napa to DJ battles in Dubai, pool parties in Ibiza & club nights in America, (along with every European party island, plus the biggest events & venues in the U.K.) Sollie loves to give people a vibe.

Starting in the late 90’s and immersed in the fast growing UK Garage scene, the standard formula of house parties, pirate radio & small club nights gave Sollie the hunger to pursue something he had found a love for, which quickly turned into his livelihood. By 2001 a 4 year, season-long residency in Ayia-Napa had started and by 2006 Sollie was winning his 7th consecutive Hip-Hop battle in Dubai, a competition in which he remained undefeated (the 7th battle turned out to be the last).

During those years, Sollie was also actively producing for artists and had enjoyed chart success on the Sky music channel “Channel U”, seeing his 2007 release “Feelin’ Me” peak at number 2 and feature on the “Channel U” compilation album, released the following year.

The next few years proved to have a major impact on Sollie’s career. A chance interaction on Twitter resulted in a meeting with So Solid’s Asher D. (Ashley Walters). The two of them immediately started performing together across Europe & the U.K. and spending time in studio working on new material for Asher. At the same time Flex FM was gearing up for it’s re-launch in 2009, Sollie made contact with the team and took the offer of the only available slot – Saturday 8-10am! Slowly over the course of the next year his show times changed, until Sollie and Asher D took the 10 – Midnight show on Saturdays. With the success of Ashley’s TV/Film career, the two of them found themselves on the road more and more, resulting in not always being able to fulfil their show time. So after a year of the late night show, Sollie moved to the 4-6pm slot on Saturdays, where he stayed for the next 6 years until Flex FM as the pirate it once was, was switched off.

Fast forward to 2018, Sollie is still tearing up various venues, raves & festivals across the country, spreading vibes in Ibiza during the summer, while going into his third year as the resident DJ for the exclusive “Be At One”, in the heart of London’s Covent Garden.

Most importantly… he is now on Flex FM every Friday night, from 4-6 pm, starting your weekends with the biggest House, Hip-Hop & R’n’B!!!