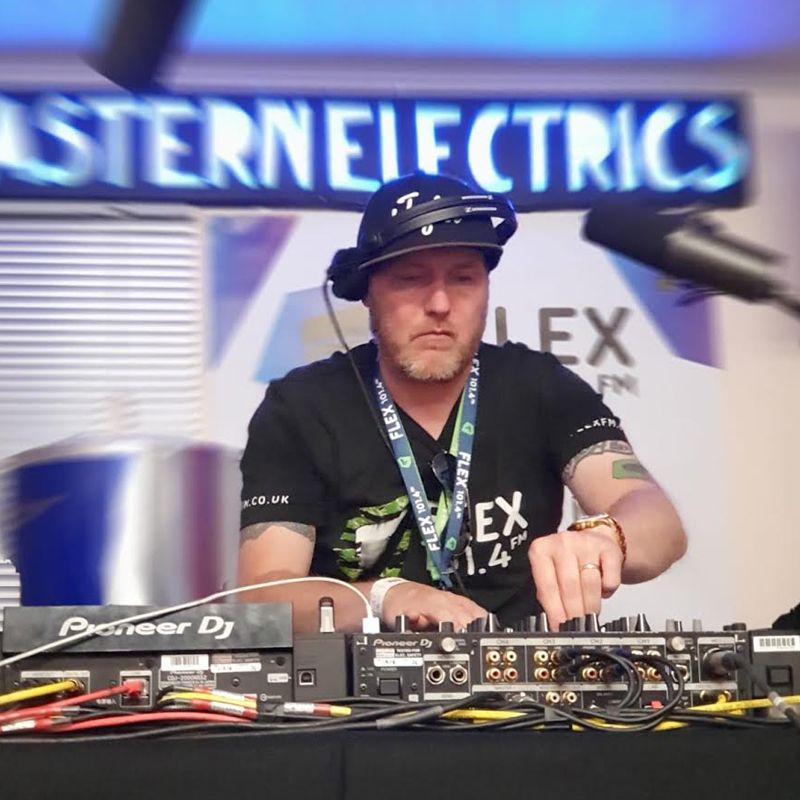 Coinciding with the growth of Hardcore in the very early nineties, Twiz secured his first station residency at Trance FM in 1991. Then, after a transition to Don FM where Twiz focused on Hardcore and Jungle, residencies followed from some of London’s leading underground stations – including the now legendary Dream FM. During this period, Twiz also played at many iconic London clubs and rave venues including; Roller Express, Marquee Club, Laserdrome, Outrage and the UK’s largest under-18s event, Teenrage.

By 2009, Twiz had taken his passion to the next level when he played a major role in re-establishing Flex FM which was to broadcast across London and beyond, 24-7. Teaming up with MC Tempza at Flex FM, Twiz played every Sunday from 6pm to 8pm. Twiz rolled out an eclectic mix of oldskool and nuskool Jungle and Drum ‘n’ Bass which proved hugely popular – quickly attracting a following of loyal listeners. The station has continued to go from strength to strength and has recently been awarded an Ofcom radio broadcast licence – something that Twiz is justifiably proud of. Such popularity also lead to invitations to play at further club and rave nights as well as a weekly residency at TheCourtyard, Babalou and The Mass. Twiz was also played ‘Room 1’ at Fantazia, alongside the likes of Grooverider, Ellis Dee, Slipmatt and Ratpack to name but a few.

Twiz’s DJ’ing style is a mixture of traditional mix ‘n’ blend coupled with more aggressive chopping and cutting, all expertly delivered thanks to nearly three decades of rolling out Hardcore, Jungle and Drum ‘n’ Bass to so many appreciative listeners. With his brand-new weekly show on Flex FM confirmed, Twiz has never felt more inspired and can’t wait to grow his legions of loyal listeners still further with full spectrum Drum ‘n’ Bass married to his very individual and instantly recognisable personal style.

Production wise, Twiz has been very busy in the studio over the last year, producing a selection of tracks that have been signed to a number of iconic labels, Including “KLP Recordings”, “Format D&B” and the legendary “Deep In The Jungle” Anthems Volume 6 which in Jan 2020 went to number one in the charts, His track “Last Call” on the album made it to number two in the singles chart. Twiz has several tracks already finished and lined up for release across various labels into the first half of 2020 and in July he will be flying back to the USA where he will be playing on Venice Beach, San Francisco and Oregon on an eight night, multi event tour. 2020 is looking like it’s going to be a very busy year for Twiz.